My brother insisted that I take a look at the work of this director, and I’m very glad I did!

Flor (Paz Vega), a Mexican woman is hired by a wealthy family to work as a housekeeper, so she and her daughter move with the family into their summer home, where they find themselves in the center of a complex situation with many pressures and influences affecting both their little family and the family they are living with.

The story is cleverly framed as it’s being narrated by the daughter Christina in the form of her university admission essay, and sets itself up early as a transformative ‘culture clash’. James L. Brooks, seems to like making films that feature a clash of sorts between people from different worlds, something I’ll maybe consider a bit more when I get round to reviewing ‘As Good as it Gets’.

It seems that often comic actors do their best work when put into roles that aren’t purely comedic. Jim Carrey, Robin Williams, Steve Carrell and Will Ferrell have all shown this, as does Adam Sandler, who I’m never much a fan of in most of his ‘comedies’ but here I really warmed to his character and thought he was excellently cast in the role of father of the family John, who is clearly ruled by his strong-willed wife.

The star of this film though is Paz Vega who is really striking, and I can see her doing a lot more English-language work and high-profile roles, Penelope Cruz doesn’t have to be the only Spanish lead actress in Hollywood. She seems to be a very busy and sought after actress, according to IMDb she’s starring in 5 films that are currently in post-production, 1 that’s filming, and 1 that’s in pre-production. She’s brilliant here and manages to avoid just being a stereotype, with the character taking on so many different aspects in the film, mother, employee, love-interest, and also asserting herself as her own woman too. Vega gets all these roles into fine balance in her character which is the key to it working, and therefore key to the film’s story being successful too.

The rest of the cast is grand too,Tea Leoni gets it right as the mother who struggles to keep things together and Cloris Leachman is excellent as the grandmother who gets to act as some of the best comedic relief in scenes.

Much of the story highlights both differing parenting styles and cultures, with much of the humor coming from watching these clash, and the framing of Christina submitting this as her college application highlights how much the character learnt from seeing this.

For me, the highlight of the film was a brilliant bi-lingual argument that’s so excellent and wonderfully funny too, with Flor and John needing to express themselves in their native tongue and putting Christina in the middle as interpreter, it’s a brilliantly written scene in a very well written film that’s well worth a look. 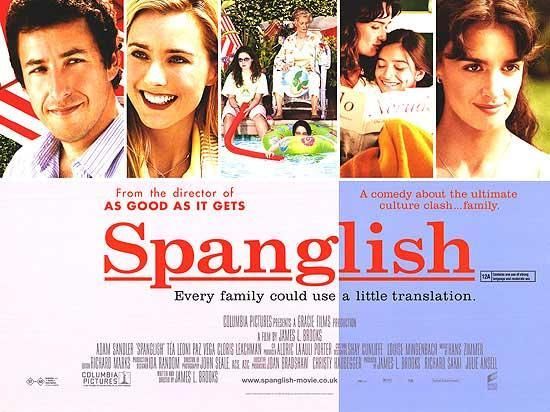