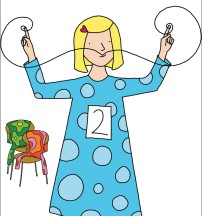 I don’t always manage to see and review the Oscar nominated shorts, but thankfully the makers of this were so proud to be Oscar nominated that to celebrate they streamed it online for a few days and released another short film called ‘Party Time’.

Directed by Torill Kove, whose work has previously appeared in the nominations list at the Oscars, this is a beautifully hand-drawn animation about a young girl and her two sisters who ask their parents for a bike, but their parents are very unconventional so they don’t always get exactly what they expect.

It’s really a lovely look at family life, and shows certain universal shared experiences of how children wish their family could be more like other families, accepting disappointments but also learning to love the things you’ve got. It’s full of charm, realised with a really nice childlike style of animation that’s full of bright colour, and the story is brilliantly infused with humour and quirky moments including numbered children and a slightly eccentric granny.

Interestingly, the princesses from Disney’s ‘Frozen’ also share just one bicycle between them as stated in the song when Anna sings “Do you wanna build a snowman, or ride our bike around the halls?”. Maybe the little girl in this would feel a bit better about her situation knowing that… or possibly by winning an Oscar next month!

Unlike many dark and twisty shorts this is a lot of fun and really very uplifting, one of the nicest ways I’ve spent quarter of an hour in quite a while. 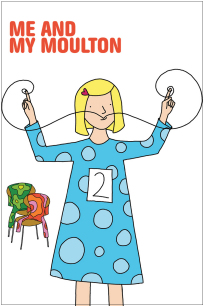 One thought on “Oscar Nominee: Me and My Moulton”