Apollo Creed’s secret illegitimate son Adonis (Michael B. Jordan, ‘Fant4stic’) asks Rocky Balboa (Sylvester Stallone) to train him to be a professional boxer, being offered a prestigious fight when people realise who he is.

I’ve not seen Coogler’s feature début ‘Fruitvale Station’, this was my introduction to his work and so far I’m impressed. For a start, though they aren’t what’s most important to the film, he really knows how to direct a boxing match. Obviously those scenes are going to feature and be important to the plot, but rather than just being a repetition of every boxing match we’ve seen before on film (mainly thanks to the six Rocky movies), here they are superbly shot and genuinely interesting to watch. The screenplay and script overall is excellent, the dialogue is convincing, which is where Rocky has fallen short at times, and strikes the right balance in and out of the ring. It was believable, enjoyable, and certain themes touched my friend who I went to the cinema with so personally it made him cry.

Michael B. Jordan has not had the most positive of years with ‘Fant4stic’ flopping spectacularly at the box-office though that was not specifically down to his performance, he was actually pretty good in it amidst all the discussion and controversy about the changed race of his character. It’s nice then to see him in a better film with a director who he must be very comfortable working with, as Jordan and Coogler had success a few years ago with ‘Fruitvale Station’, which is now at the top of my Netflix watchlist. This role gives him a chance to flex his acting muscles as well as his physical ones, with scenes of fights, family drama, growing friendship, and endearing romance all featuring in good amounts. Having to share the film with the long-established and well-loved character of Rocky Balboa can’t be an easy task, and there was a risk that he would be completely overshadowed but he’s not at all.

They are a surprisingly good pairing. Michael B. Jordan is very likeable and even more so beside Stallone, with the solid writing and an interesting and comfortable dynamic their characters work well together. Coogler makes Stallone actually act, with what I felt was a better suited role for him, which is why he’s being nominated for awards as many seem to agree he suits this supporting role very well. Returning as your best-known character but in a film written by someone else can’t be the easiest thing, there are bound to be differences in the way things are written, most likely dialogue for a start. I think Sylvester Stallone handles it very well indeed, with the same Rocky charm and mannerisms that have endeared him to audiences for decades, yet with the added power of a really good storyline that handles tough subjects well and with dialogue far above some we’ve heard from the character before. Thankfully the film saves the cheesiest nostalgia right until the end, avoiding trading too heavily on the legacy of the franchise all the way through, a stark contrast to what the last ‘Rocky’ film did to its detriment.

Earlier last year there was some talk of ‘Southpaw’ being a strong contender for awards season, that hasn’t transpired at all, it’s been knocked out by this boxing film instead! Stallone has already picked up the Golden Globe for his supporting role, and with an Academy Award nomination now too he might just get another. It’s a film that deserves commendation, if not least for the way it has revitalised a beloved franchise that was as good as ruined, taking it in a completely different and refreshing direction. Coogler is next going to do a film without (as far as is known so far) Michael B. Jordan, entering an even more intimidating franchise than ‘Rocky’, that of the Marvel Cinematic Universe. Based on how well put together this was I’m really looking forward to seeing what he will do with ‘Black Panther’.

I previously said it was time for Stallone to leave alone Rocky but I was wrong, it was really time for him to hand over the reins to someone else, someone capable of breathing new life into the franchise and giving the character something fitting to work with. Thankfully he has done exactly that! If Coogler is able to return to the directors chair for ‘Creed 2’ which is in pre-production, no question I’ll be there in line for a ticket. 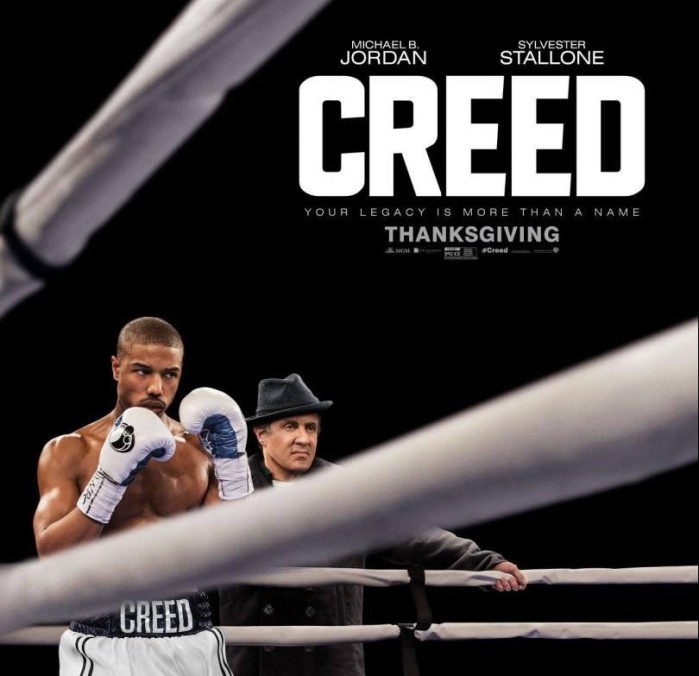 ‘Creed’ has gained a ‘Best Supporting Actor’ nomination for Sylvester Stallone, and will be available to own on all the usual formats in a few months. Well worth seeing even if like me you’re not usually a fan of boxing movies, or lost patience with the ‘Rocky’ franchise.