The movies I most enjoyed in 2017 mainly consists of comic adaptations, funny that. I’ve looked back through my diary and considered what most stands out in my memory as the best new films I’ve seen this year. I’m not really including older films in this, even those that I saw early this year but were within the catchment area of the last awards season. Please note though that if I was including those, my number one without any doubt would be ‘Arrival’.

Again, I wanted a top 10, turns out that due to the above criteria, I have less, and a few things I’ll mention at the end. Unlike my Top TV of 2017 list, I have tried to rank these in an order though some are really close and some I’d need to see at least once more to be sure.

1. Baby Driver – It’s wonderful and completely my kind of thing, a slick heist movie with a cracking soundtrack and some beautifully choreographed stunt driving. I think it’s so good that ideally it should be getting considered for awards, though there’s a chance it’ll get largely overlooked if not completely. I’ve seen it at the cinema and at home, effective both times and I’m confident it’ll become one of my go-to films for when I want something that won’t fail to entertain me, as has long been the case with Edgar Wright’s ‘Scott Pilgrim vs. The World’.

2. Thor: Ragnarok – Sadly I’ve only seen this once but I’m looking forward to seeing it again. A stand-out in both the Thor franchise and the larger MCU, it strikes a unique tone and takes the characters and story in ways that could’ve been risky but work so perfectly. Far more enjoyable than ‘The Dark World’ this may spell a new style for Marvel if Taika Waititi returns to direct again for them, if not, I think it’ll go unmatched for a long time. 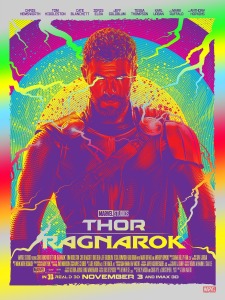 3. Dunkirk – It’s about to be considered an awards frontrunner, there are many reasons why. I’ll be posting a full review very soon but I was waiting to see it again at home before putting all my thoughts together. Nolan is a masterful storyteller and here it’s done through the action and edition far more than the minimal dialogue. All the film elements are brought skillfully together to keep it concise but powerful, truly a film that will hold up under future scrutiny.

4. Spider-Man: Homecoming – Rebooting really closely to films that were of moderate success is not an easy proposition, and as a fan of Andrew Garfield in the role I was dubious. Marvel’s expert leadership was the key to success this time round, giving us a younger version of Peter Parker that the other films minimised to insignificance, with a deliberate John Hughes feel that it falls slightly short on but being in that ballpark is good enough to distinguish itself refreshingly.

5. Wonder Woman – I don’t love the film, but I do love the tone and what it represents for the DCEU, a brief glimmer of hope that they could do better, though it was all but extinguished with ‘Justice League’, a film that’s not close to making my list even if I went for 10. If the third act had been different this would have been higher on my list and I might have actually loved it but I think the final battle scene and how the film develops into that lets it down. 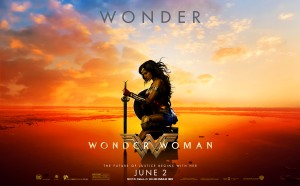 Honourable mentions: Many of these are films I need to see again to know better how I feel about it on repeat viewing. ‘Star Wars: The Last Jedi’ really entertained me as a regular Sci-Fi fan, though I know many hardcore ‘Star Wars’ fans were less happy with it. ‘War for the Planet of the Apes’ is a brilliant third act to the ‘Apes’ trilogy and I feel the fourth film is warranted though sadly unlikely. ‘Split’ has also stayed in my mind for months, not that I loved the majority of the film but the very end made it genius and I need to see it again in the new light of the twist. Also, I predicted months ago that ‘Blade Runner 2049’ would be excellent and in line for awards, though somehow it underperformed at the Box Office, those ‘flop’ hinting headlines really belie a film that’s incredibly shot (by the ever-nominated Roger Deakins) and the perfect balance between a respectful sequel and compelling original. All of these bear a second viewing and would likely round out my top 10 if I was sure enough to enumerate that far.