Blumhouse has become the leading studio for horror/thriller movies and this has to be their most critically successful film to date, with a story that takes the fear of meeting your significant other’s parents to a completely new level.

Jordan Peele comes swiftly from his comedy sketch fame to the writing/directing role of this original screenplay, via a few other roles such as writing and starring in ‘Keanu’. His comedy roots have not been abandoned, he definitely brings a lot of that with him, a few moments show those roots clearly and though they add to the enjoyment of the film on some levels, I would have been as happy if not happier for the film to go with a more consistently serious and dramatic tone. Even with the lighter moments, it’s incredibly smart, a truly engrossing mystery that’s horrific and thrilling without resorting to supernatural forces, jump scares or gross-out gore.

There’s lots of hidden meaning and subtext in the screenplay that’s so clever and clearly one of the reasons this has endured enough to get nominated for Oscars when it was released right at the start of the eligible period. I’ve watched a few videos with Jordan Peele discussing aspects of the film, including hidden details, fan theories and going to a university lecture about the film. Considering that it’s only been out a year, this is just the start of the analysis, there will be a staggering number of things written about it as there’s clear thought and consideration put into the characters, story and imagery throughout.

Chris’ best friend Rod (LilRel Howery) is the difficult part of the film for me to get completely behind because I both like and dislike his part in the film simultaneously. Rod has a good role and a nice pay-off but it feels like he’s there as the comedic relief that I’m not sure is so needed. He’s almost the Key to Chris’ Peele, there for some support and played largely for laughs. In the last third of the film, there’s a considerably jarring shift between scenes where the tension is at its peak and where the comedic scenes of the film are also at a peak. This contrast undercuts the tension a little too much as I would have loved the main focus of the film to be rapidly escalating and edge-of-seat towards the finale. It does get to that high tension point but it could’ve been prolonged and sustained more effectively if there wasn’t so much comedy relief in there so late in the film.

Universally the casting is superb. The small main cast, Chris, Rose and the Armitage household are the main focus with a few other minor roles. Also a small part for Lakeith Stanfield who was excellent in ‘Short Term 12‘. Daniel Kaluuya in particular has been praised for his performance and has been picked as a ‘rising star’ by BAFTA though he’s not new to working in movies, he has worked very hard for years. This is clearly his ‘break out’ role where he’s moved from being seen as a strong supporting actor to a clearly capable lead. ‘Johnny English Reborn’ he was a great ‘sidekick’, a small role in ‘Sicario’ and is about to star as a support in ‘Black Panther’. He’s also starring in ’12 Years A Slave’ director Steve McQueen’s next film ‘Widows’ later this year, which if his earlier films are anything to go on should be an awards contender and may put Kaluuya in line for awards himself again.

I was a little disappointed by the revelation of what’s really going on, it’s a level of weird implausibility that I don’t think works as well as the film deserves. I would have liked the nature of the goings-on to have been a little more grounded in reality, rather than veering heavily into science fiction as it does. That being said, I didn’t see it coming, so I can’t fault the film for that, it is a surprise but still something a little more real-world might have been better. On second viewing though it didn’t bother me, especially as I enjoyed noticing all the little lines and things that hint at it, so maybe that’s just a minor gripe that I only have from the first time I saw the film.

I have seen the film twice and appreciated the depth and detail far more the second time around. I like that it’s more a thriller than a gory horror, keeping a sense of unsettling mystery sustained for most of the runtime, and that pondering is often the best part of films like this. I do think there might have been a better way of handling the nature of the goings-on, though the film really redeems itself in the last act as things reach an excellent crescendo. 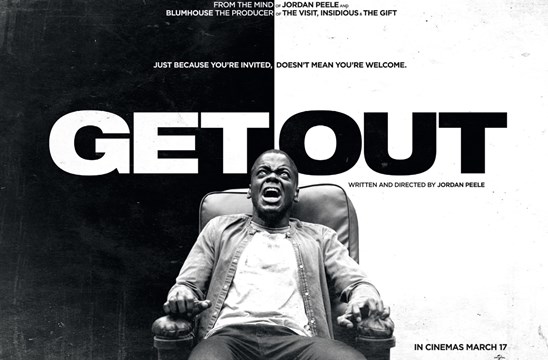 ‘Get Out’ is nominated for a couple of BAFTAs in the leading actor and Original Screenplay categories, the same for the Academy Awards as well as nominations for director Jordan Peele and the big one of Best Picture. It’s not going to sweep all these up but I think as the writing is so good with genius levels of subtext that’s probably where it has the best chance of winning trophies.