I should probably put my cards on the table upfront, this review isn’t being written from an unbiased starting position, I was all-but-certain I was going to love this. I’m a big fan of the musical already, purely from listening to the Original Cast Recording and watching videos on YouTube. So, it would’ve had to be a complete mess for me to not love watching this recording of the show with that original cast in their roles.

This is a much-anticipated ‘pro-shot’ film of Lin-Manuel Miranda’s Broadway phenomenon ‘Hamilton’, composited from three filmed performances featuring the original principal cast, bought for distribution by Disney for a reported $80 million.

For the intervening couple of months since the announcement that the release was both being moved forward by over a year and also onto the Disney+ streaming service, I was embarrassing levels of excitement over the prospect of getting to see this from the comfort of my own home in the midst of lockdown. With all other plans in a perpetual state of uncertainty, postponed or canceled, it’s been one of the very few things I could look forward to and solid plans were built around Friday, July 3rd, with food, drinks, snacks, and the high-volume uninterrupted enjoyment on this on my home cinema system.

This ‘pro-shot’ of the stage musical was particularly anticipated by fans of musical theatre, especially as bootlegged recordings have been stringently removed from YouTube despite the sustained efforts of uploaders, though that added to the proof of the high demand for it and probably helped convince Disney it was worth the unprecedented price they paid for the rights. It’s a cultural phenomenon, with appeal and recognition far beyond that of most recent musicals, so this recording needed to be something special to do justice to all the heightened expectations.

It’s the new touchstone for the pro-shot genre, a solid piece of filmmaking. While it’s not the most spectacular thing I’ve seen on screen, it’s definitely the best example of a filmed theatrical performance I’ve ever watched by far. It elevates my appreciation of the musical to another level and I’m so grateful for its existence. I’ve been very interested in seeing some reviews by critics that have come to this from an ‘uninitiated’ perspective, and many of them seem to have been surprised by how much they enjoyed watching it. Largely that’s because the show is unlike what most people will think of when you say it’s a ‘historical musical’, or when you say it’s the stage performance filmed as-is.

There are things you’d never possibly be able to appreciate from only ever listening to the soundtrack. Seeing it for the first time added more than small details, it provided new layers of understanding, nuance, and depth to the lyrics, performances, and story, something I’m sure I will watch it multiple times to ensure I’m getting as much as possible. For example, just listening to the cast recording you can’t have any clue how funny Jonathon Groff’s performance as King George is. You don’t know about his off-stage introductions, the swagger and attitude he brings to the role, nor his now-infamous expectorating. Without seeing him move around the stage it’s impossible to get the full impact of Daveed Diggs’ spirited performances in his dual roles, the energy and expressive exuberance he brings to both Lafayette and Jefferson, only a fraction of which is captured by the audio recording, now fully heightened by being dynamically filmed.

Filming this must have been a challenge, though it rarely shows. Occasional shots seem to struggle to track performers, resulting in a few awkward camera movements, but this is understandable when you bear in mind that two out of three takes were filmed in front of an audience and so there must have been some limitations to the equipment and angles used for filming to minimize ruining the experience for the paying audience present. This is why there was a third performance shot just for the cameras to better get those disruptive shots. I also found that the blue lighting to depict nighttime showed up very strongly on my projector, at times casting a bit too much of a glow on performers’ faces. I’m not sure though if this would be better on a different display or decoded by a different streaming device, maybe HDR fixes it perfectly. I have no means of testing that as I don’t have a 4K or HDR display at present, though at some point I will watch on a different device like my phone or tablet, and if it’s still the case on them I can write this minor issue off, and forgive my projector for being out of date.

Occasionally there was also a little bit of the framing that I personally would have changed. At times a few wide shots caught the conductor in the bottom of the frame, and while it’s understandable that you’d see him, as this is, after all, a recording of the Broadway theatrical performance at which in person you’d notice the orchestra and conductor, I found that on film the lighting in the orchestra pit makes it a little distracting. Having this brightly encased silhouette at the bottom of the frame when often the stage is dark draws attention completely away from the actors on stage as it draws the eye away from them, so I think it could have been a little more immersive if the framing had been adjusted to avoid that element a little more.

My few critiques above really are little more than nitpicking, proof I can take enough of a step back and look at this with a measure of objectivity, but really they’re such minor issues as the show is so brilliant in every other way. I saw tears in the character’s eyes, an expectorating King George, and many other little details that very few patrons even in the front rows might be able to spot. They promised us the best seat in the house and that’s what was delivered, the best view of a near-perfect example of how to film a stage performance.

Though the brilliant YouTube channel ‘Film Theory’ did present an argument for its questioned Academy Awards eligibility, it’s very unlikely to make an appearance on the nominee list. It was intended for cinematic release, and the rules that seemingly rule it out may not be applicable to all categories, but it still may not be considered. What’s nice to see is that there isn’t any attempt at shameless Oscar grabbing going on, like the oft-used technique of a new song composed solely to make an existing musical eligible for ‘Best Original Song’ or anything like that. Interestingly, the podcast-turned-Netflix series ‘Song Exploder’ has an episode featuring Lin-Manuel Miranda, director Thomas Kail, and composer Alex Lacamore discussing the development of ‘the song ‘Wait For It’ which really helps add understanding to some key points of the way they developed the story and characters and is well worth watching to add yet another level of depth to this incredible show that I still feel thrilled to now have available at the push of a button. 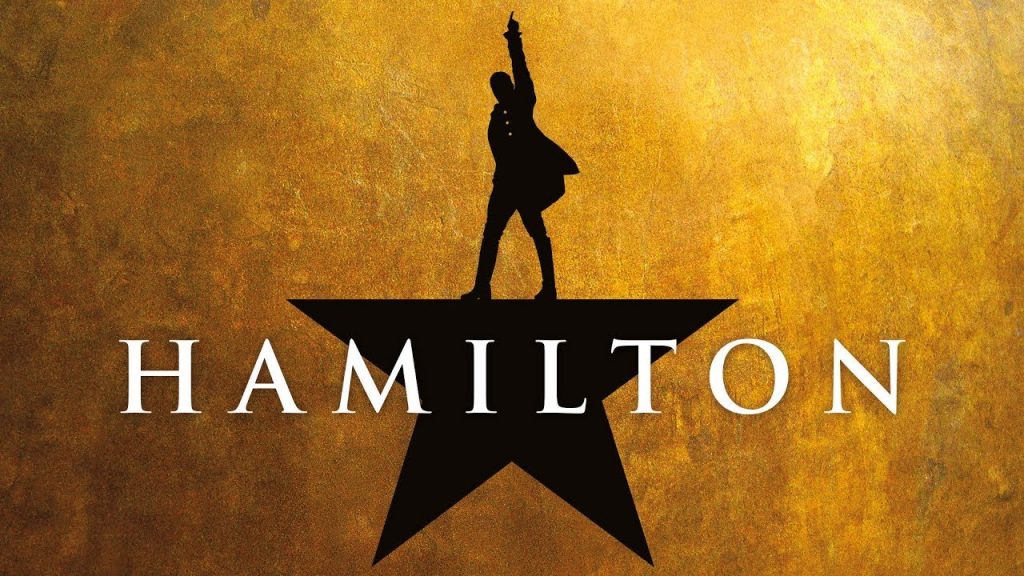 I’m confident there may still be a future cinematic release for this, it’s one of the few films released on VOD as a result of Covid-19 that would still be able to make a considerable amount at the box office. There’s a lot to get out of the shared experience from seeing it with an audience and there’s undoubtedly also a case to be made for a sing-along version being screened in cinemas. Until then I’ll enjoy rewatching it whenever I like, and there’s the faintest held hope for a surprise Oscar nomination, especially now there’s been a mass exodus of other musicals into 2021.