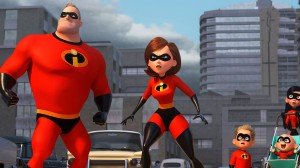 Fox pulled a bit of a surprise out of the bag when they announced in September that there would be an ‘Untitled Deadpool Movie’ released in December 2018, just 7 months after the success of ‘Deadpool 2’.

It transpired that this shock mystery release is a new ‘family friendly’ edit of ‘Deadpool 2’, with about 20 minutes of added scenes. Shamelessly edited to obtain a franchise-low rating of PG-13 in the U.S. so it can capitalize on a slightly younger audience that hadn’t previously been able to see it in theaters. With needed cuts that all-important target was obtained.

However, here in the U.K. both ‘Deadpool’ and ‘Deadpool 2’ were rated 15 (for clarity here that means nobody under 15 will be admitted regardless of if they have an older guardian accompanying them). Therefore the nearest equivalent rating here in the U.K. would be a 12A, which allows 12’s and above to see it unaccompanied, while under 12’s can also see the movie if accompanied by an adult.

The ‘family friendly’ re-edit ‘Once Upon A Deadpool’ has been given its U.K. rating by the BBFC and it’s… a 15!

That means with all the edits, cutting out enough to placate the U.S. rating board the MPAA, they’ve not changed it in any meaningful way in the eyes of the BBFC.

There’s a clear and simple reason for this. Though the marketing has said that no ‘Fs’ will be given in ‘Once Upon A Deadpool’, meaning we know that the most offensive language has been removed, this was never the biggest hurdle for it’s U.K. classification.

Violence seems to be the most obvious explanation. U.S. audiences are far less concerned by that in their PG-13 movies than U.K. audiences are. So while the re-edited movie may be less rude and crude than before, it’s no less violent, something we care about on this side of the pond, especially when it comes to what children see.

I am fascinated by what Fox has done here, making two edits of a film to capitalize on a larger audience, and while others may hate it (especially when it comes to a character like Deadpool), I’d not be against having an option of edits for some films, especially in this genre I’m so fond of. Whether this is a one-off oddity or a new trend will largely depend on box-office success, something that will be clear in a few days time once the numbers for the U.K. and U.S. are released.

I do think it will be a success in the U.S. and I think it will have a little success in the U.K. with fans who saw ‘Deadpool 2’ and now want to see the 20 minutes of new footage and are interested to see what else has changed. If the violence had been largely cut, I think we would be looking at a far larger success story on this side of the Atlantic as teens want something to go see with their friends as they enter the school holidays.

Nevertheless, if it is to become a new technique used by studios to widen their audience, they might want to refine it a little, taking into consideration some international variations that would make a huge difference in overseas markets. All the work of re-editing and drastically changing a film to theatrically release it for a younger audience, seems like a lot of work for a limited reward if it only makes a discernable difference to the American theatres.

One of the biggest film news stories of this year, without doubt, has to be the acquisition of tonnes of Fox assets by Disney. For people like myself, the most exciting part of this is that Disney has now regained the rights for many of their Marvel characters who were previously sold to Fox before Marvel Studios was formed and became the box-office over-performer it is now.

This leads to hundreds of questions about how the studio will move forward with developing these comic-adapted properties, some of which have been actively in production by Fox, most especially the ‘X-Men’ franchise and ‘Deadpool’.

Marvel Studios is the semi-autonomous Disney-owned studio that makes all the films in the Marvel Cinematic Universe (MCU), all of which have been made for a MPAA rating no higher than PG-13. With the recent Fox successes of ‘Logan’ and ‘Deadpool’, Marvel Studio head honcho Kevin Feige and others were asked if Marvel Studios would go down a similar route. The answer was a firm no, it was stated very clearly to be a direction Disney did not want to take the MCU.

However, with Disney now buying back the X-Men and Deadpool from Fox and with films such as ‘Deadpool 2’ being in production, the question was raised again in the new context of these productions being something the company was now involved in and sure to release, despite not being a choice they may have made themselves.

The response was just as clear but wholly different.

Bob Iger said that there would be a place for the more mature material in the newly expanded MCU as long as they could warn audiences what to expect. “It clearly has been and will be Marvel branded,” he said in a conference call, “but we think there might be an opportunity for a Marvel-R brand for something like Deadpool. As long as we let the audiences know what’s coming, we think we can manage that fine.”

He’s a smart guy. To kill this new trend dead would cut off huge potential successes, the box-office of ‘Logan’ and ‘Deadpool’ prove that with ease. So, to make a secondary Marvel studio brand, a banner under which these mature movies can be released is a great idea for them. I don’t think ‘Marvel-R’ is it though.

They should brand this new offshoot something like ‘Marvel-X’. This would work well as a distinctive brand under which to develop films like the ‘Logan’ sequel ‘Laura’ and ‘Deadpool 2’. It’s a lot less on the nose than ‘Marvel-R’ and while not just sounding cooler, the ‘X’ makes sense as these are primarily X-Men spin-off films and the letter ‘X’ has long been strongly connected with mature material so it gets the message across easily and clearly. Also, there would be the potential for that offshoot brand to take on other X-Men characters, even those already established in the Fox continuity, so that they could just pick up where Fox left off for those films that are worth seeing through to completion and release, while still keeping it as a separate entity from the main MCU, for now, until they are ready to reboot or merge those properties into the already huge roster of characters their universe features.

Either way, it’s happening, Marvel Studios will be taking back control on all those characters both well-served or not by their time under the control of Fox. It remains to be seen whether an R-rated trend continues, or if under Disney and Marvel’s strong hand it’s gently toned down until it again becomes something other studios are peppering in the comic movies landscape while Marvel keep their focus on box-office domination by welcoming the whole family to watch together.